Decades ago I fell terribly and hopelessly in love with a young woman. Any stranger on the street could see that we were doomed. I lived on the West Coast, she lived on the East Coast. She was smart and sophisticated and worldly. I, on the other hand, was a caricature of the socially retarded programmer. But I was possessed and she was, at the very least, optimistic and the fact that it was spring didn’t help matters.

When I visited her in Massachusetts, she took me to breakfast at a local chain called Bickford’s and introduced me to their “Big Apple” Dutch apple pancake. I must have dragged her back there half a dozen times in the next week; it was so yummy! After I returned to work in California, she got a hold of the cook at Bickford’s and talked him out of the recipe for my favorite pancake so she could mail it to me. Perhaps the way to a man’s heart is though his stomach because I’ve made this recipe hundreds of times in the intervening years and every time I feel a flush of gratitude for that amazing woman and for her thoughtful gift.

Peel and slice thinly the apples. Set aside.
Mix sugar and cinnamon together. Set aside.
Put butter into cast iron skillet and place it in the oven to melt.
While it’s melting, mix flour, milk and eggs together to make a batter.
Pour batter into skillet over melted butter.
Arrange apples on top. Sprinkle with cinnamon and sugar mixture.
Bake 20 minutes. Serve immediately from cast iron skillet. Serves 2.

[Thank you Chuck for editing this.] 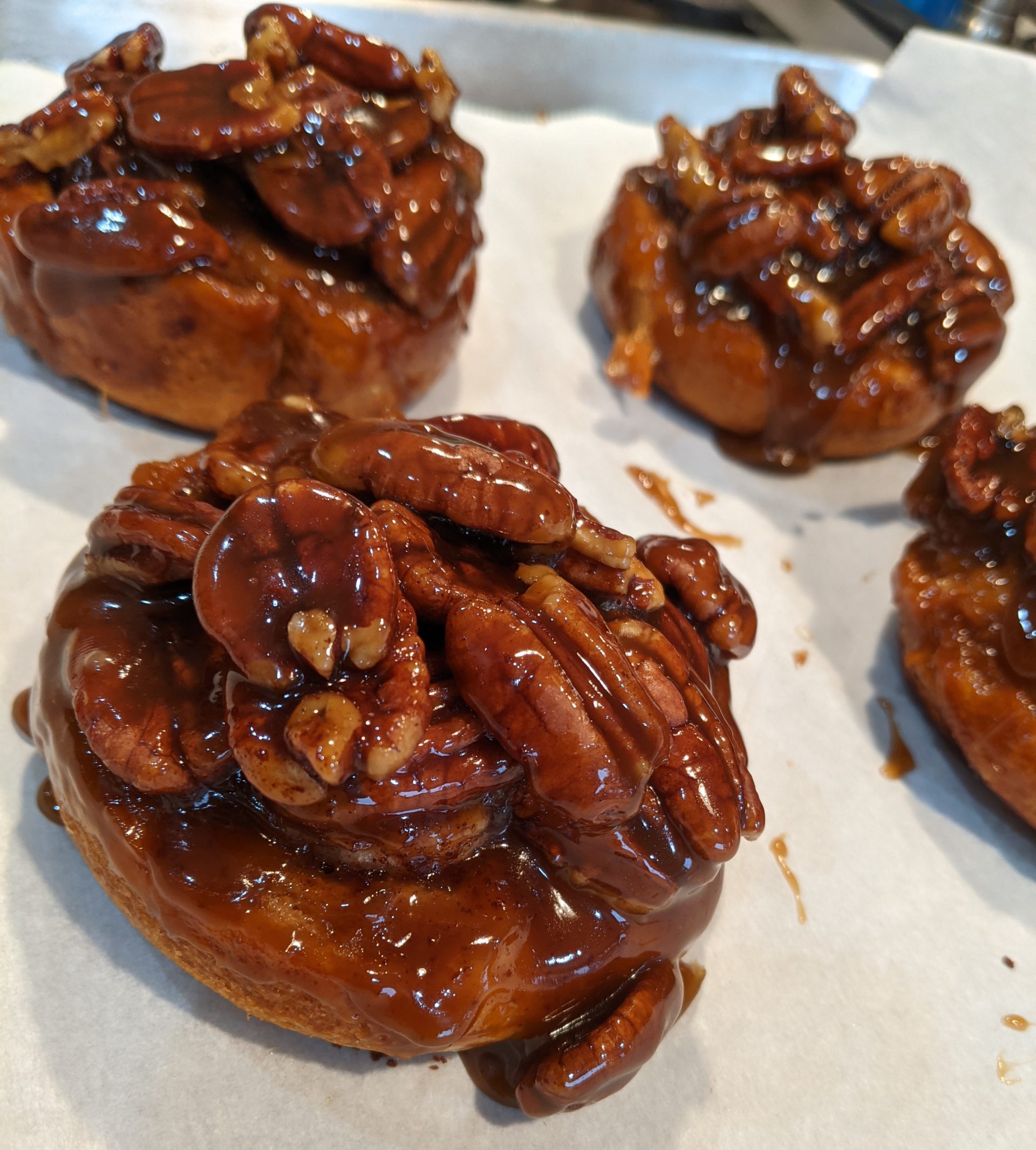 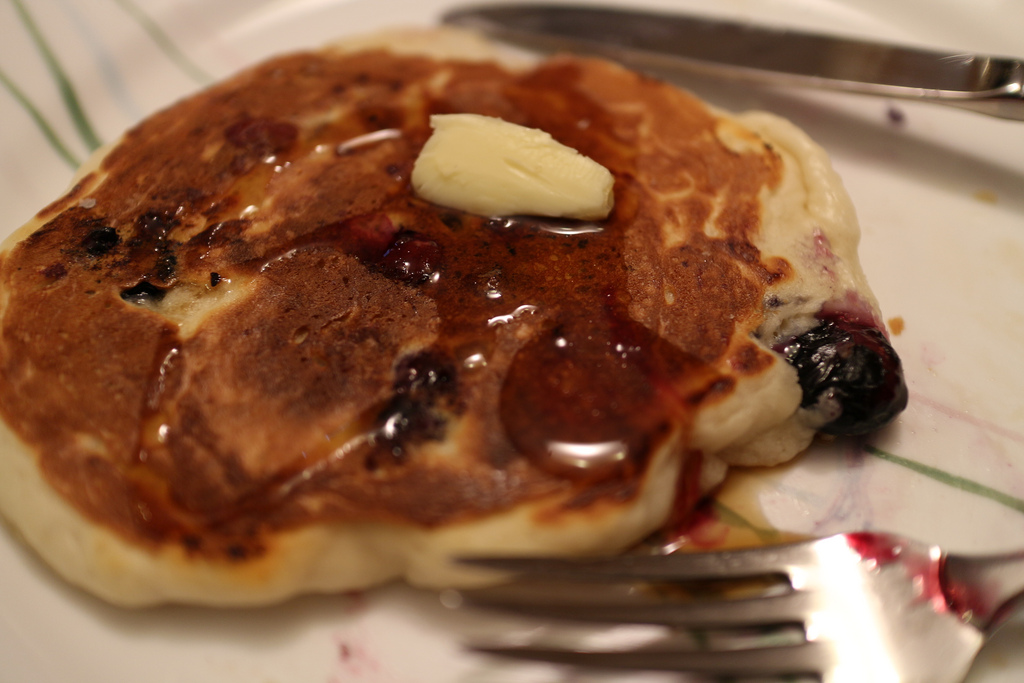 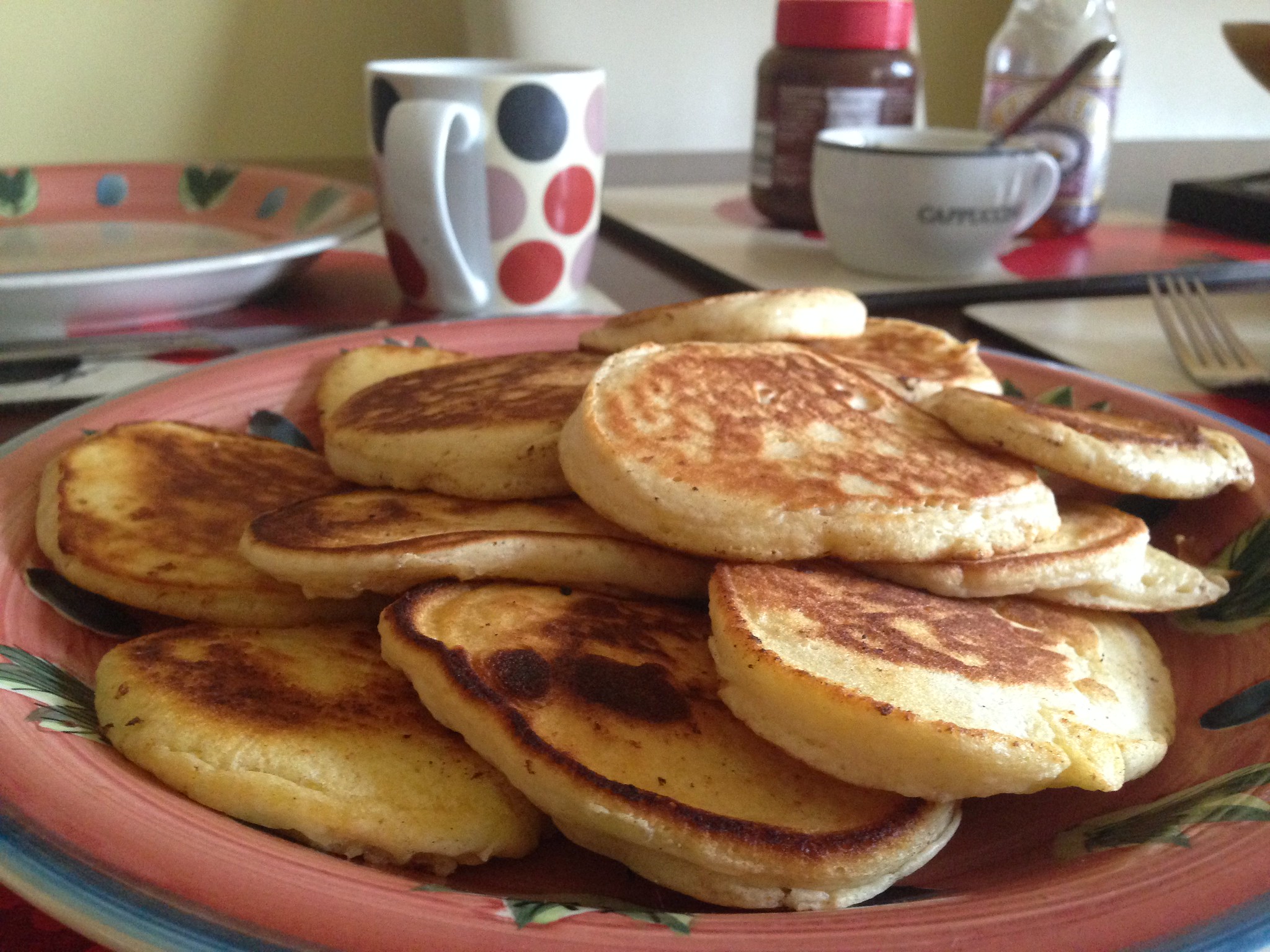